You are here: Home1 / Meet the members of GNSI New England2 / Anthony Gerardi 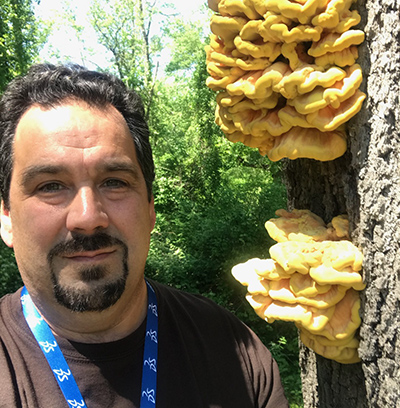 From a very young age, Tony Gerardi has had a keen interest in art, science, and writing. Tony developed a particular fondness for the biological sciences while living on the banks of the Charles River in Medway, Massachusetts. With a pond and woods adjacent to his property, he spent endless summer days observing wildlife. Fueled by an active imagination, drawing and writing stories were also central activities during these formative years. This youthful fascination culminated in a Bachelor of Science in Zoology at the University of Rhode Island in 1990.

In the years that followed, Tony worked various biotech positions before transitioning to software documentation in the late nineties. Yet his interests never wavered far from science or art. In 2007, upon the advice of an older sibling, he pursued these aspirations by enrolling in the Natural Science Illustration certificate program at the Rhode Island School of Design. At RISD, Tony expanded his artistic skills and added acrylic and watercolor painting to his preferred media. For his final project, Tony worked closely with a herpetologist at the Roger Williams Zoo for their FrogWatch program. The result was Tony’s depiction, in acrylic paint, of the ten species of frogs and toads native to Rhode Island. These original paintings were subsequently incorporated into an educational poster.

Tony’s art is not restricted to amphibians. He has depicted animals of various classes and genre, and also enjoys painting people and pet portraits, landscapes, and still life. Tony became active in the Guild of Natural Science Illustrators and has served as the treasurer for the New England chapter for the past several years.

Tony has contributed work to other natural science exhibits, including: