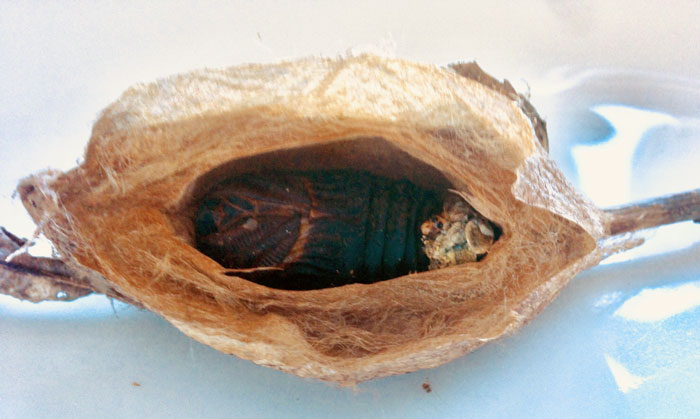 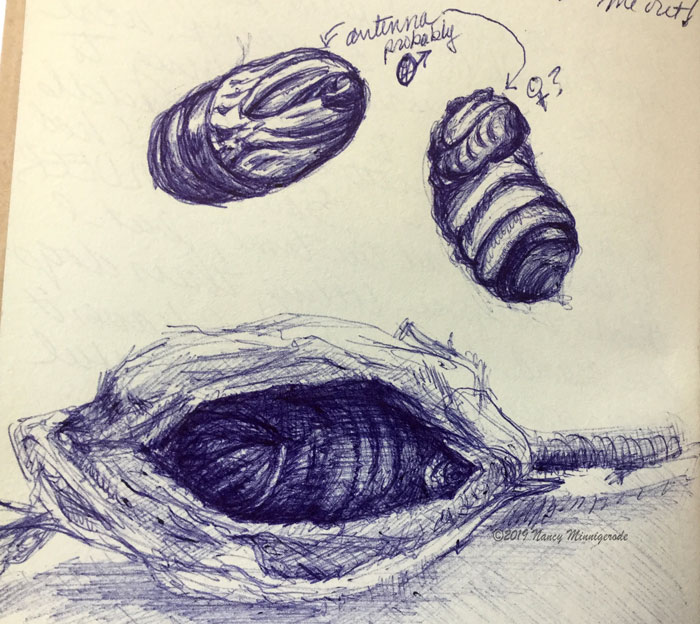 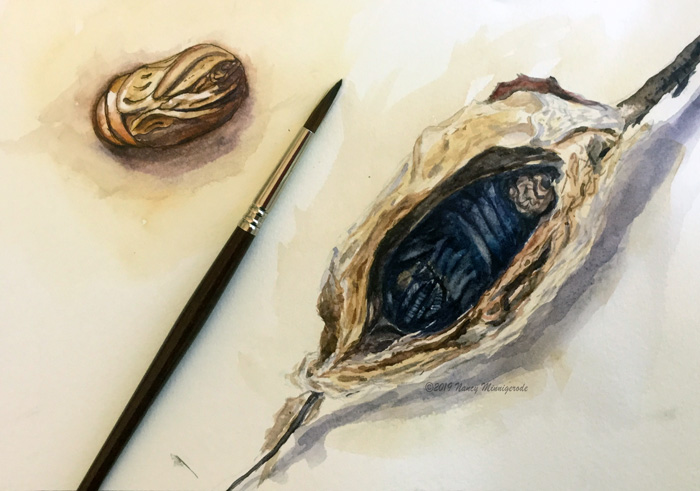 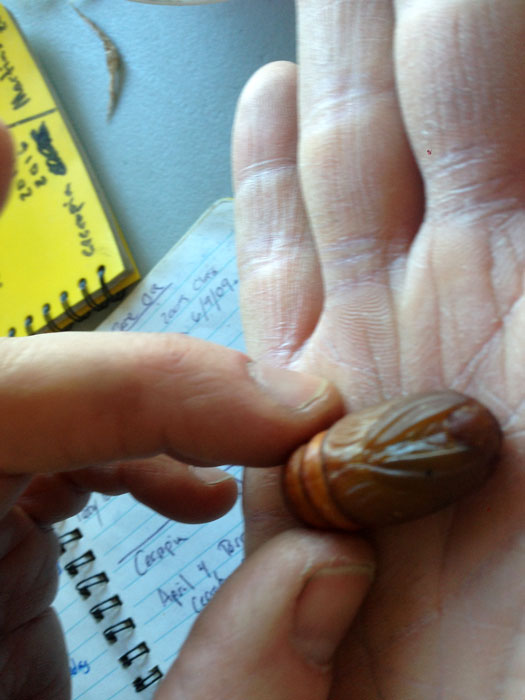 Do you know how to sex cecropia pupa in their cocoons?

I have been helping with the cecropia moth breeding program at Long Pasture Wildlife Sanctuary for several years. I can tell an adult male from an adult female, but a cecropia pupa in a cocoon? That’s another story! Last Thursday two volunteers (Maggie Dulude and myself) joined Ian Ives, Director of Long Pasture, and Marjorie Williams from the Cape Cod Museum of Natural History (animal caretaker) to sex the pupae in our cocoons in order to swap some of our females with some of Margie’s to maintain genetic diversity in her captive bred ‘flock’.

Long Pasture’s moths are captive but breed with wild males to retain a healthy genetic diversity. We keep our cocoons safe over the winter by ‘packaging’ them in a mesh bag before placing them out in the woods. The mesh bag protects them from predators such as birds and chipmunks but allows for a ‘natural’ environment.

Marjorie’s moths are becoming smaller and less robust due to less diversity in her breeding pool. She brought about a dozen females to trade with ours, but first, she had to explain/show us how to determine sex without damaging the pupae.

It requires a steady hand and a gentle touch.

Maggie was apprehensive about allowing her ‘babies’ protective “jackets” to be unzipped, but we managed to sex them all without harm! We carefully slit an opening in the outer ‘casing’ and then the inner casing, to reveal the pupa within. It was amazing!

The pupa became quite active as we inspected each one.  Their antennae are the giveaway, both as adults and pupae. As pupae, the antennae are sort of ‘embossed’ or sculpted into their bodies, but they are quite obvious. The male’s antennae are much larger than the female’s antennae. Of the 18 cocoons, 7 were male and 9 were female. There were two mortalities; one succumbed to maggots (probably fly eggs laid before cocooning) and one was completely hollowed out and only a shell remained.

To learn the rest of the story, visit Long Pasture Wildlife Sanctuary and/or Cape Cod Museum of Natural History in the coming months.  If you’ve never seen a cecropia caterpillar or adult moth, you will be amazed!